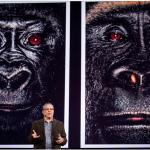 In common law systems it is a two-step process: first, a Justice issues the order to show cause and a writ of habeas corpus, which the NhRP then serves on Stony Brook University. Secondly, the writ requires Stony Brook University, represented by the Attorney General of New York, to appear in court and provide a legally sufficient reason for detaining Hercules and Leo. At this stage the Court will evaluate the reasons given, or whether the two monkeys should be freed. The hearing has been provisionally scheduled by the court for May 6th, 2015.

Founded by attorney Steven M. Wise in 2007 as a project of the Center for the Expansion of Fundamental Rights, the NhRP has been working to change the common law status of nonhuman animals from mere “things,” which lack the capacity to possess any legal right, to “persons,” who possess the fundamental rights to bodily integrity and bodily liberty. Currently two other similar cases, regarding the chimpanzees Tommy and Kiko are pending. In this specific case the NhRP has asked that Hercules and Leo be freed and released into the care of Save the Chimps, a sanctuary in Florida, where they will spend their lives on one of 13 artificial islands on a large lake, along with 250 other chimpanzees, in an environment, which resembles their natural African habitat. This suit, originally filed in the Supreme Court of Suffolk County in December 2013, had at first faced some failures as the judge refused to issue the requested writ of habeas corpus, and the Appellate Division, Second Department, dismissed the appeal. Confident that both courts were mistaken the NhRP re-filed its petition in March 2015, in the New York County Supreme Court in Manhattan, which led to yesterday´s unprecedented decision.

The whole team of Derecho Animal and the students of the Master in Animal law and Society congratulate Prof. Steven Wise –Visiting Scholar of the since its first edition –  on this incredible success and wish good luck for the upcoming hearing!