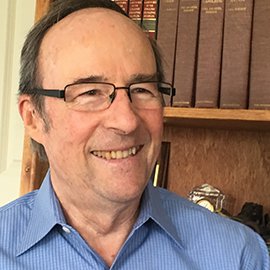 Speaker: “The Concept of Living Property” Conference of the Animal Section of Maryland State Bar (April 2015)

Speaker: Univ. of Tenn. Animal, Ethics, and Law Symposium, “The Respectful Use of Animals in Ethics and Law” (March 2012).

Co-organizer of the, “Annual International Wildlife Law Conference,” Washington D.C. (1996-00).  The conferences lasted a full day and encompassed approximately 10 speakers per conference.  Both MSU-DCL and the American Society of International Law were advertised sponsors of the event.

Interviewed: “Eye on the Environment” Jeffrey Mindesh, (radio) Nov. 2, 1994 - Taiwan - on the topic of the international convention CITES

Zurich, Switzerland    University of Zurich, “The Paths to Animal Rights” (2012).

Joao Pessoa, Brazil     Speaker at Environmental Conference, “The Wildlife Laws of the United States,” (one of two international speakers). (1998)

Detroit, USA               Hosted two week visit by attorney from Ghana in order to draft domestic legislation for implementation of CITES.  (1995)

Ft. Lauderdale             Delegate to the Ninth Conference of the Parties of CITES, Head of delegation for the Animal Legal Defense Fund.  (1994)

Ottawa, Canada          Delegate to the Sixth Conference of the Parties of CITES.  Head of delegation for the Animal Legal Defense Fund.  (1987)

Chairperson of the Wildlife Special Interest Group of the American Society of International Law, 1994-1998.

Board of Advisors for the Journal of Wildlife Management, Law & Policy (Kluwer International Publishers) 1997 - present.

Board of Directors of Michigan Chapter of the Nature Conservancy, 1980 - 83.

Board of Directors and President of the Conservation Council of Virginia, 1973 -76.