Interview to the lawyer Carles Lorente, Alumni of the Master

The Diari de Sabadell interview with the lawyer Carles Lorente, Alumni of the 2nd online edition of the Master in Animal Law and Society. Carles-Joan Lorente Rivera has a Law Degree from UAB (2011). He studied to obtain a professional aptitude in Law (2012). Later she specialized in Market and Contracting at the UOC (2015). His latest studies have taken him to complete the Master in Animal Law at the UAB (2016), directed by Dr. Teresa Giménez-Candela.

Practising lawyer and founding partner of the law firm DL Advocats (2012) and associate lecturer in the Department of Public Law and Historical-Legal Sciences at the UAB. She collaborates with various local and regional entities and non-governmental organizations: animal protectors, associations and shelters, offering advice and resource management. In 2015, he was also the driving force behind the creation of the Animal Protection and Law Commission of the Sabadell Bar Association, as well as being a current member and vocal thereof. In 2016 advises and participates in the preparation, drafting and final approval (2017) of the new ordinance on tenure, protection and animal welfare with the Council of Animal Welfare of Sabadell" 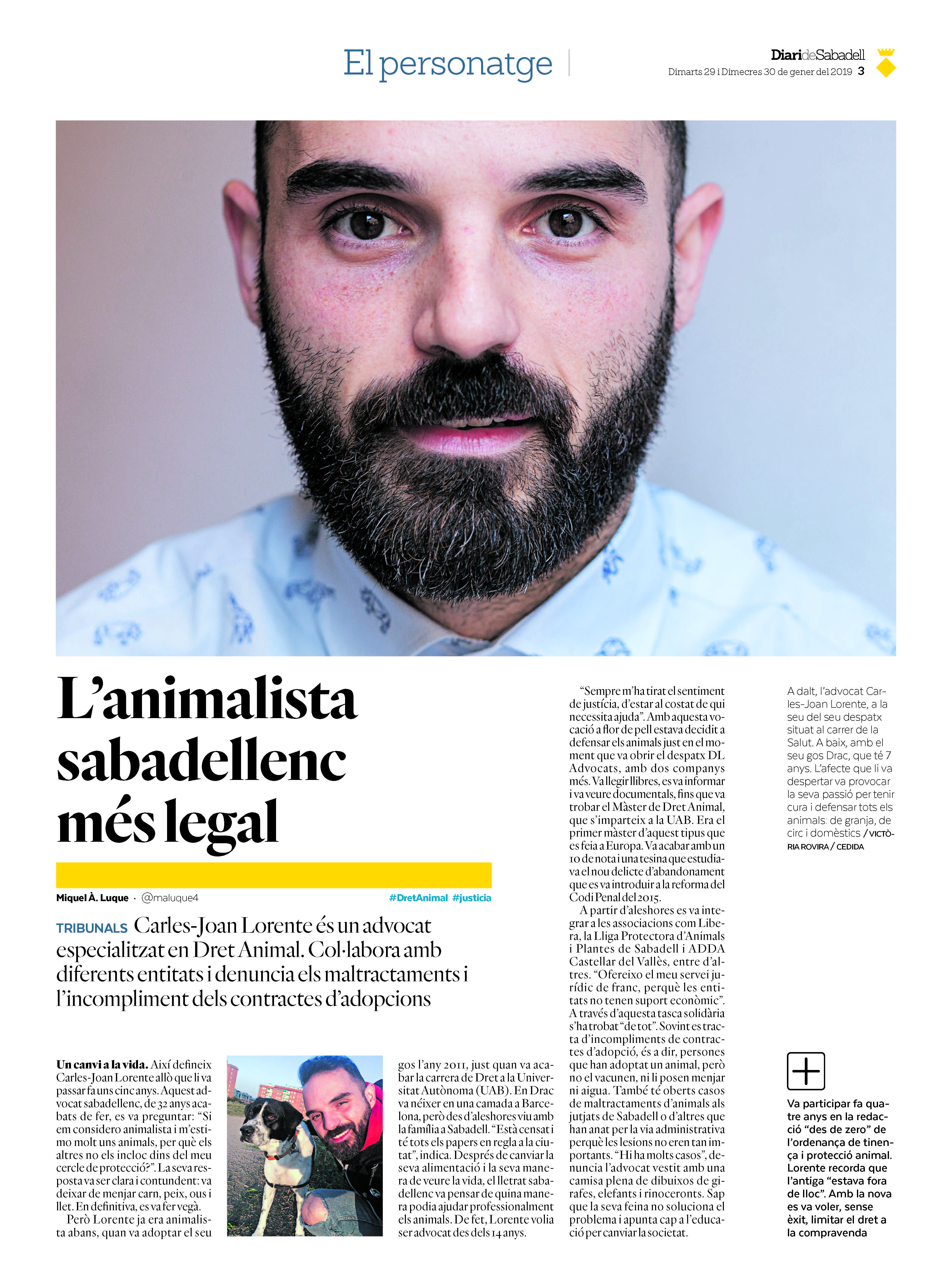