The CyO Private Foundation will present the ‘Contracts and Works, Respect for Animals’ awards, in its eighteenth edition, next Friday, May 21 at 6.30p.m.

The awards publicly recognize the journalistic works which highlight the harsh conditions and treatment that animal for human consumption receive. In this edition, the people who will receive the award are: Jordi Evole for his work “Stranger Pigs” broadcast on La Sexta’s “Salvados” program, the photojournalist Aitor Garmendia for his project “Tras los Muros” and “La Asociación Parlamentaria en defensa de los derechos de los Animales” (APDDA).

The event will take place at the “Casa del Tíbet” in Barcelona with a limited capacity to the winners of this edition and members of the jury, including Ms. Marita Giménez-Candela, professor at the UAB and Director of the ICALP and the Master in Law Animal from this same University. It can also be followed by FaceTime from the profile of the host institution (@casadeltibet). 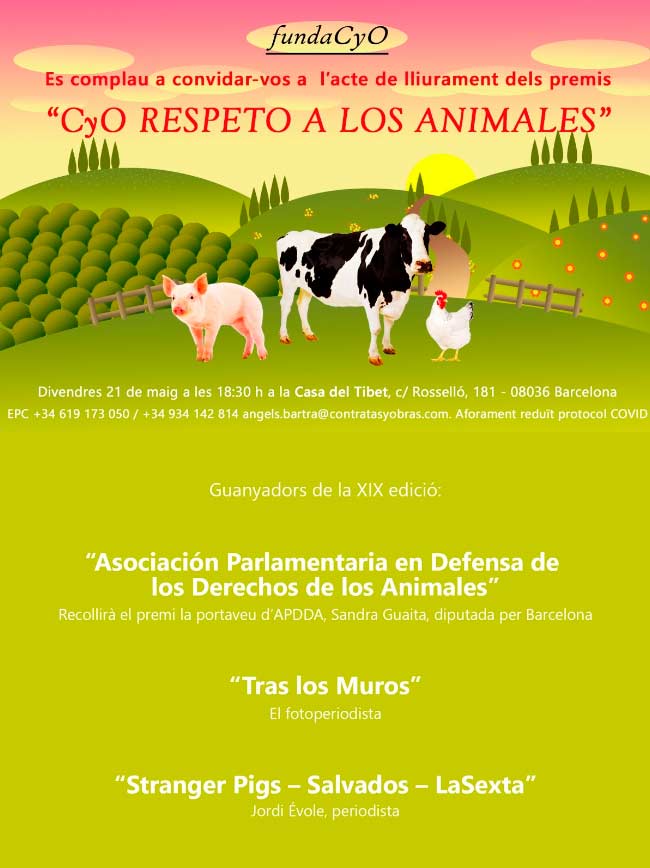