This conference has been structured in three blocks. The first of these will deal with the general aspects of animal welfare: current situation and perspectives, social perception and commercial response, legislation and its application in fish, and animal awareness and welfare from the perspective of animal welfare. The second will deal with fish welfare from the perspective of system agents. And the third of the blocks will focus on advances in animal welfare in fish: anaesthetics, relaxants, fish welfare and diets; euthanasia; environmental enrichment and welfare, welfare and biological rhythms; and ethical and welfare aspects in laboratory modelfish.

There will also be an open forum for the participation of attendees and a session of conclusions with recommendations from the Woorkshop.

As the organisation points out, "it will be an intense, transversal and participative session that we hope will inspire new collaborative initiatives in the framework of animal welfare and especially in fish". 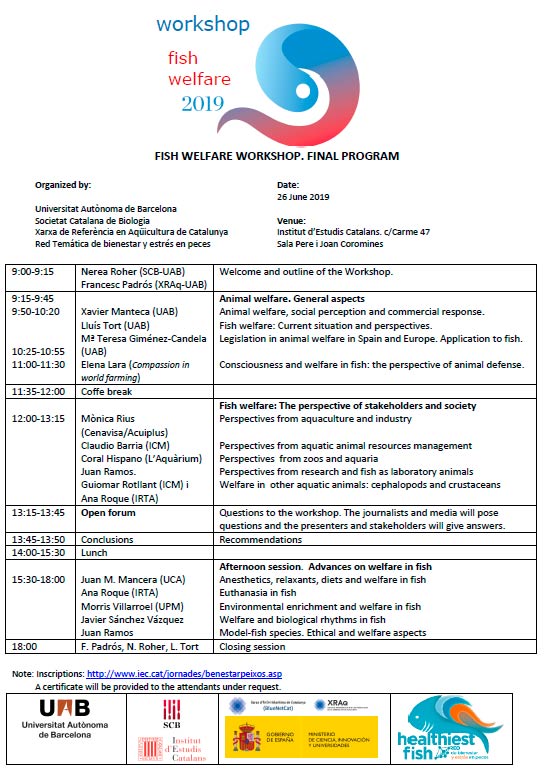