In this globalized world, farm animals suffer the increasingly intensified industrialization of livestock. Hundreds of millions of animals are raised in farms where they are kept in cages, which has a very negative effect on their welfare, mainly due to the (almost total) limitation of movement.

In September 2018 the international association Compassion In World Farming presented a European Citizen Initiative (ECI) to the European Comission in order to request the end of use of cages in the farms.

The International Center for Animal Law and Policy (ICALP) strongly supports the campaign. Therefore, next March 29 at 11 am will take place, in the Aula Magna of the Faculty of Law of the Autonomous University of Barcelona, an event in which the ECI will be presented. In addition, the short film "M6NTHS" (6MESES), by the Dutch film director Eline Helena Schellekens, will be screened, showing the life of a piglet that grows on an industrial farm. The short, awarded with a "Panda Award", the most important award about wildlife films, supports the ECI demonstrating the reality to which hundreds of millions of animals are found all over the world.

THE AUTHOR WILL ANSWER QUESTIONS ONCE THE SHORT FILM FINISH!

YOU ARE CORDIALLY INVITED, WE WAIT FOR YOU! 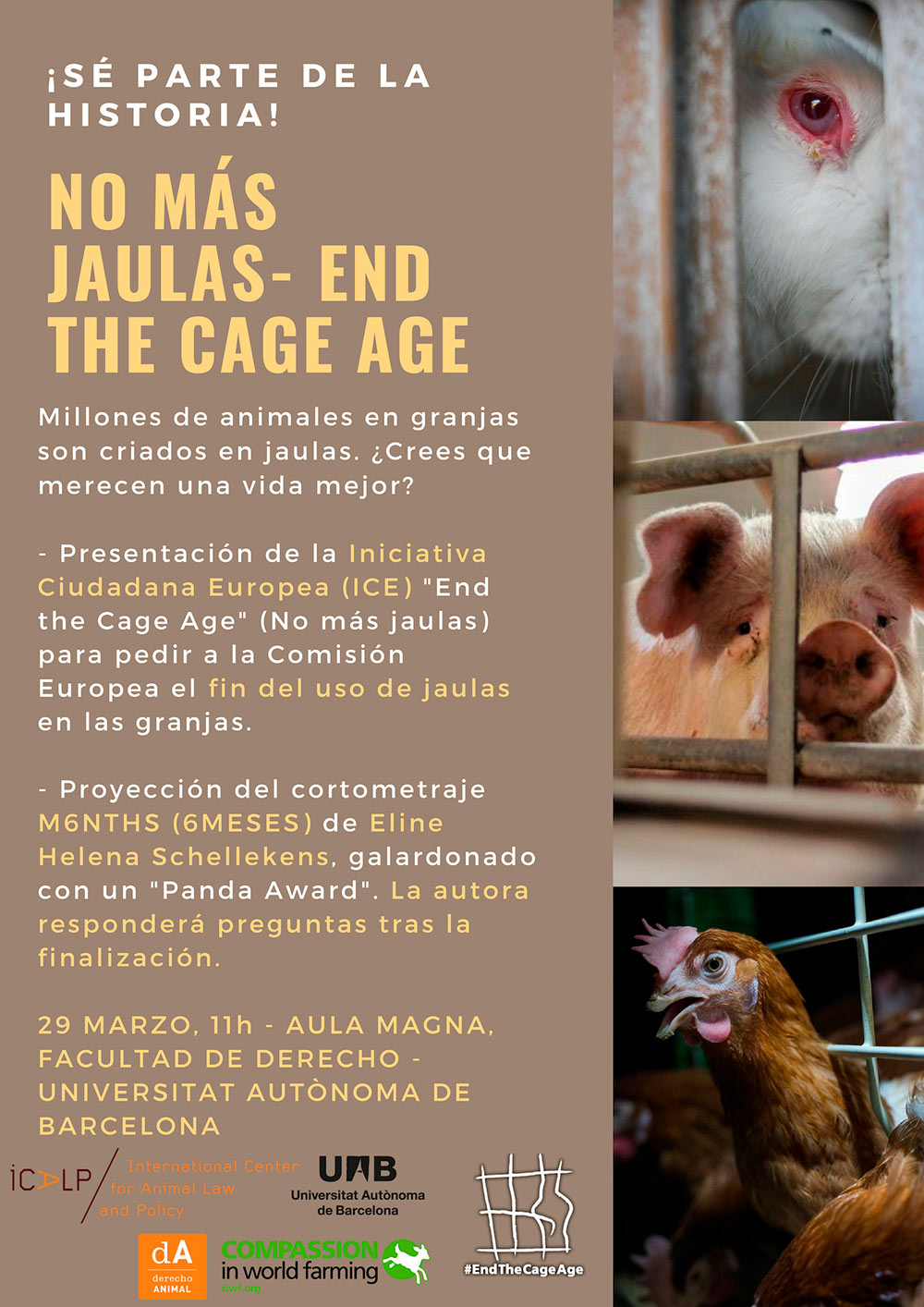