Abstract: Under this suggestive title lies a reality that is little known and oftentimes deformed.
The exercise of religious freedom allows Muslims to sacrifice the animals which meat is permitted to consume (halal) according to Islam’s ritual practices, in accordance with the Spanish legislation and European provisions relative to the slaughter of animals for human consumption.
How is ritual slaughter performed? Who is capable and habilitated by the Law to sacrifice these animals? What guarantees have to be adopted to avoid animal suffering? Do the competent authorities ensure that the legal norms are complied with during ritual slaughter?
These questions, among others, will be discussed by the expert speakers invited to the Round Table. 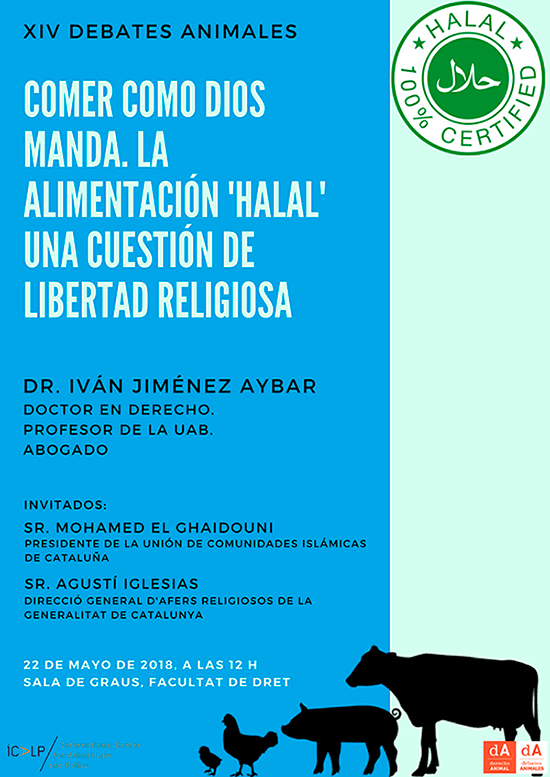