Who are the fish? A talk by Dra. Elena Lara on TEDx Talks 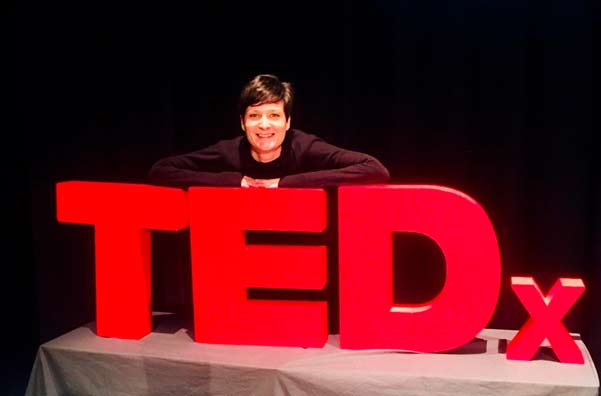 Elena Lara holds a degree in Biology from the University of Girona, a PhD in Marine Biology from the University of Las Palmas de Gran Canaria and a Master's Degree in Animal Law and Society from the Autonomous University of Barcelona. During her scientific career, she studied the ecology of marine plankton and the possible effects of climate change, as well as the biodiversity and ecology of deep ocean microorganisms. He participated in several oceanographic campaigns in the Arctic and Pacific Ocean, made several stays in research laboratories in the United States and published several articles in renowned scientific journals such as Nature or Science. Then, she did her Postdoc in Venice (Italy) for 3 years and finally, he moved to Barcelona to study the Master in Law and Animal Welfare. During this time, she was collaborating with the research group ICALP (International Centre for Animal Law and Policy) and other animal defence organizations. She currently works for Compassion in World Farming (CIWF) in the United Kingdom as a researcher in the fish welfare team. In her TEDx talk she had the opportunity to talk about the most overexploited and misunderstood animals of our planet, fish. 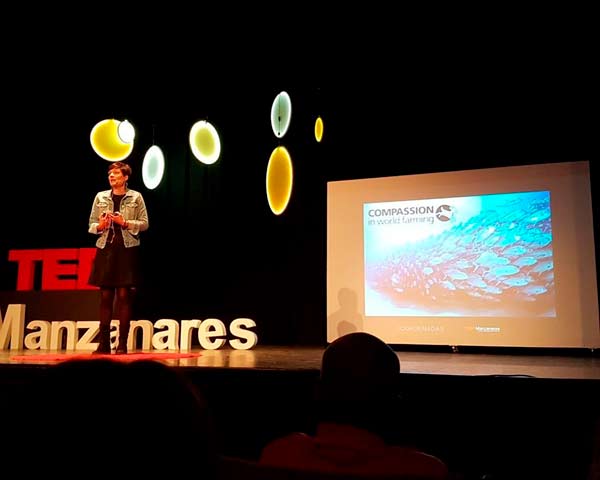 Of all the animal groups used by humans, fish are by far the most significant in numbers. Around the world, up to 3 trillion fish are caught from the wild, and up to 160 billion are farmed, for human consumption. Also, they are one of the most common pets and they are widely used in scientific research. However, fish have not raised much public concern regarding their welfare. Part of the problem is the large gap of communication between fish and humans. Also, fish have unfamiliar body language, have senses that we lack, they have no facial expressions that we can understand, and they do not scream or make sounds perceivable for human ear. Therefore, fish do not possess the physical or social characteristics to elicit human empathy or compassion in the way that most vertebrates do. Thankfully, our understanding is progressing; all the scientific evidence states that fish are sentient and conscious animals: they are aware of the external environment and of their own internal emotional states and they have the ability to experience pleasure and pain. This cannot longer be ignored, realising that fish are sentient animals means that we have a moral duty to care about their welfare and wellbeing. All evidence also suggests that fish are also more intelligent than we give them credit. For example, fish are able to integrate information and have good long-term memories that allow them to learn tasks, problem solve, use tools, cooperate, have numerical skills comparable to mammals, navigate long distances and learn through watching others. Therefore, attitude to fish and the ways that they are treated are important, not only because the numbers of animals affected is so huge but also because they are sentient, intelligent and conscious animals and thus capable of suffering. They deserve the same recognition and protection as other groups of animals.