Participation of ICALP in a debate held in France, organised by the delegation of the Generalitat de Catalunya

Dr. Giménez-Candela was invited by the Delegation of the Government of Catalonia in France in an online debate "What rights for animals? Current debates and future perspectives" to explain the ins and outs of animal law as well as its evolution in recent years in Catalonia.

The ICALP was able to highlight the fact that Catalonia and Barcelona are very protective territories for animals with pioneering measures.

The complex issue of the legal status of animals was mentioned to recall the importance of changing our legal relationship with animals and in particular in the Spanish Civil Code to align with the French decision of 2015 which recognises animals as beings endowed with sentience.

She also recalled all the actions of Catalonia in favour of animals, such as the attempt to ban bullfighting in 2010, the respectful management of wild boar and pigeon populations or the management of cat colonies and in particular the work done by the Autonomous University of Barcelona for these four-legged companions that on several occasions accompany students to their buildings.

Dr. Giménez-Candela was able to discuss these issues, highlighting the strengths of Catalonia and those of its French neighbour with the presence of the French MP Loïc DOMBREVAL, author of the bill against animal abuse and president of the study group on the animal condition of the “Assemblée Nationale”, as well as Louis SCHWEITZER, president of the Fondation Droit Animal, Éthique et Sciences.

The debate was animated by Hélène GATEAU, veterinarian and radio and television presenter. 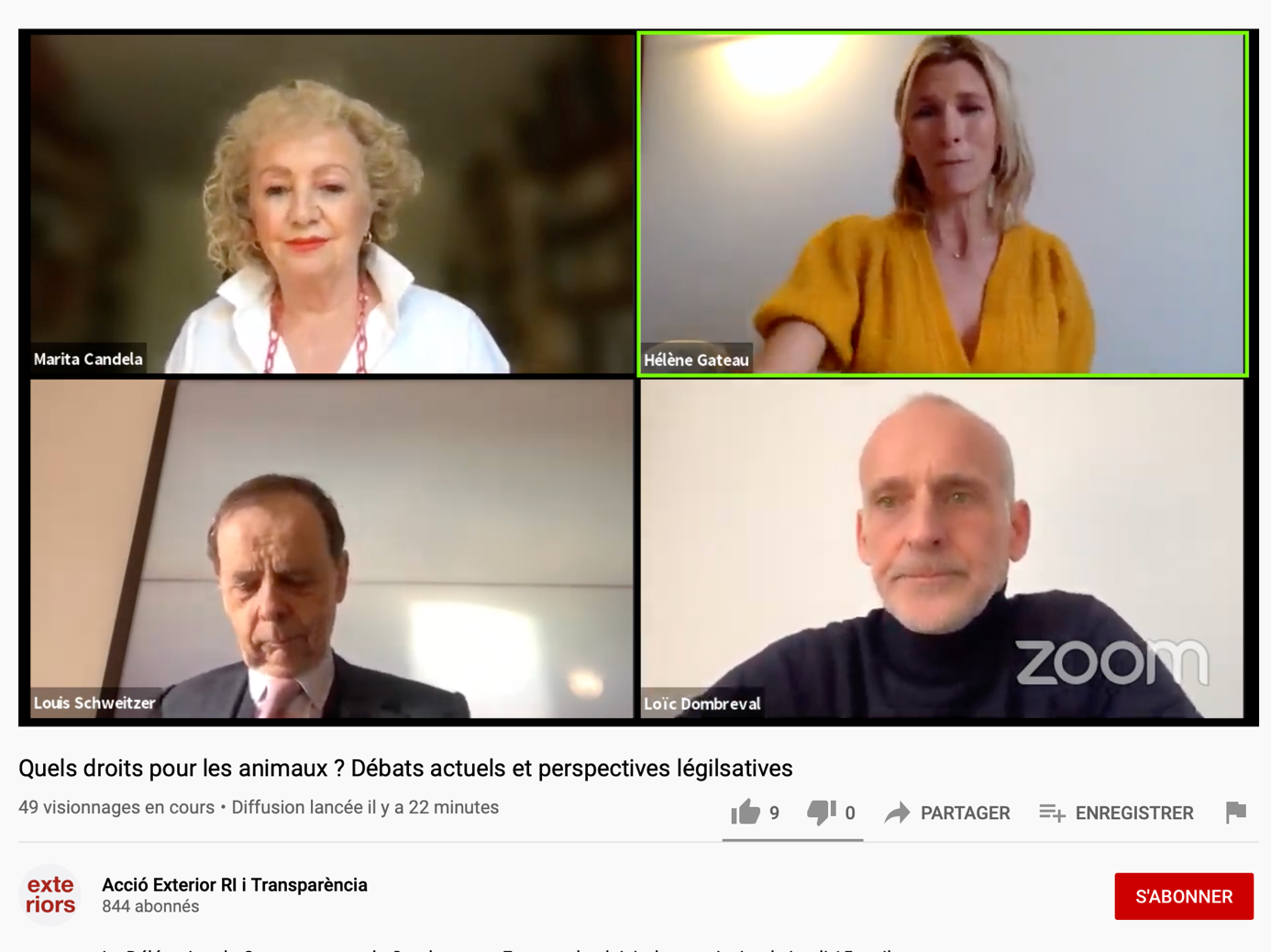