The PhD candidate in Animal Law and co-president of the French animal party, Laure Gisie, was in charge of publicizing the Master in Animal Law and Society to those attending the Virtual Fair of Masters and Postgraduates of the UAB last Wednesday, February 24.

During her intervention as an ambassador and former student of the Master, she made a short presentation of the methodology and contents that are addressed, in addition to solving the doubts raised by those interested in this academic training.

During the appearance of the ICALP researcher and holder of an industrial doctorate with the NGO Sos Galgos, some of the skills were transmitted through which future graduates of the Master will obtain specific knowledge in different branches related to animals. Among them, the law, ethology, nutrition and the social responsibility that humans have as living beings with other species.

Next, we share with our readers the video of Laure Gisie's presentation in addition to publicly transmitting our sincere congratulations for her role as representative of the Master. 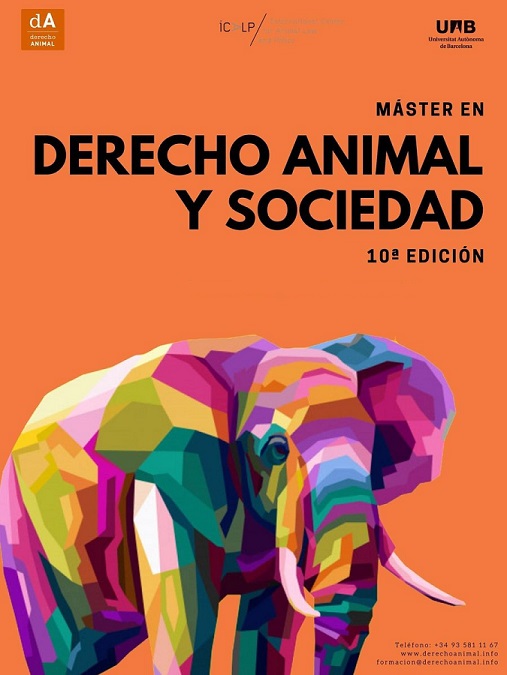