Premiere in Europe -Unlocking the cage- The story of the Non-Human Rights Project: The film

Prof. Steven Wise, Professor of the Master in Animal Law and Society of the UAB, ICALP (International Center for Animal Law and Policy) and Fundació CyO present “Unlocking the Cage”. Only one session.

“Unlocking the Cage” was presented in the last edition of Film Festival, the largest independent film festival in the United States, organized annually by the Sundance Institute in Utah, the same festival where “Blackfish” the film that shocked the world with the story of Tilikum, one of the orcas of the SeaWorld in San Diego. 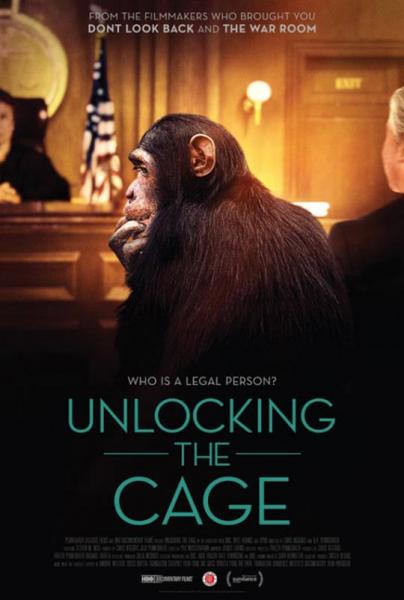 “Unlocking the Cage” tells the story of attorney Steven M. Wise, Founder and President of the Nonhuman Rights Project, who has spent 25 years putting together a plan to “punch through the legal wall that separates all humans from all other animals.” The movie opens in a New York State appellate courtroom, where, for the first time in history, an attorney goes before a group of high court judges to argue that the “Great Writ” of habeas corpus should be applied on behalf of a chimpanzee, Tommy, who’s living in a small cage in a dark shed at a rundown trailer park. Tommy, Wise tells the court, is a cognitively complex, autonomous being who should be recognized as having the legal right to bodily liberty so that he can be freed from captivity and taken to a sanctuary where he can live with other chimpanzees in a setting that’s as close to the wild as possible. Then we flash back 25 years to when Wise is studying the legal history of nonhuman animals, visiting a sanctuary in Florida where he hopes to send his first plaintiffs, and spending time at the Ape and Conservation Initiative in Iowa, where Kanzi, a bonobo chimp, communicates with him using lexigrams on a computer.

Due the limited seatings, please, confirm tour attendance at: formacion@derechoanimal.info