Last 8th of February, Míriam Marcet Rius, veterinarian and former student of the Master in Animal Law, performed her PhD viva in IRSEA (Research Institute in Semiochemistry and Applied Ethology), in the south of France (https://www.group-irsea.com/). The jury was composed by 6 international researchers specialized in animal welfare of farm animals. After it, Míriam obtained the title of Doctor in Pathology, Toxicology, Nutrition and Genetics of the Toulouse University, with a European Label.

Her PhD thesis, entitled “Physiological and behavioural indicators of positive animal welfare in pigs” was supervised by Professor Patrick Pageat, founder of IRSEA, and co-supervised by Doctor Alessandro Cozzi, Chief Executive Officer of IRSEA. For the 3 years of PhD, Míriam, with the help of all the multidisciplinary IRSEA team, investigated about new indicators of animal welfare, focusing on pigs’ positive emotions: animal welfare not only includes physical health but also mental health, as well as not only the absence of suffering but also the presence of positive emotions. These new indicators would be useful to enhance the current pigs’ welfare assessments, as well as to be an example for other species. They could also be used for direct applications in the field to assess scientifically the state of the animals in different conditions thorough a better understanding of their needs.

These studies gave rise to 5 scientific publications in international peer-reviewed journals, as well as 4 oral presentation and 5 posters in international congresses. Nowadays, Míriam is working in IRSEA as a researcher in animal welfare, focusing in farm animals, as she has always believed that they are the animals that need it the most. Besides, she is performing her second-third year of the residency program for the European specialisation of AWSEL (Animal Welfare Science, Ethics and Law) of the ECAWBM (European College of Animal Welfare and Behavioural Medicine), also in IRSEA. IRSEA is the only center in Europe forming residents for the veterinary specialisation of AWSEL. . 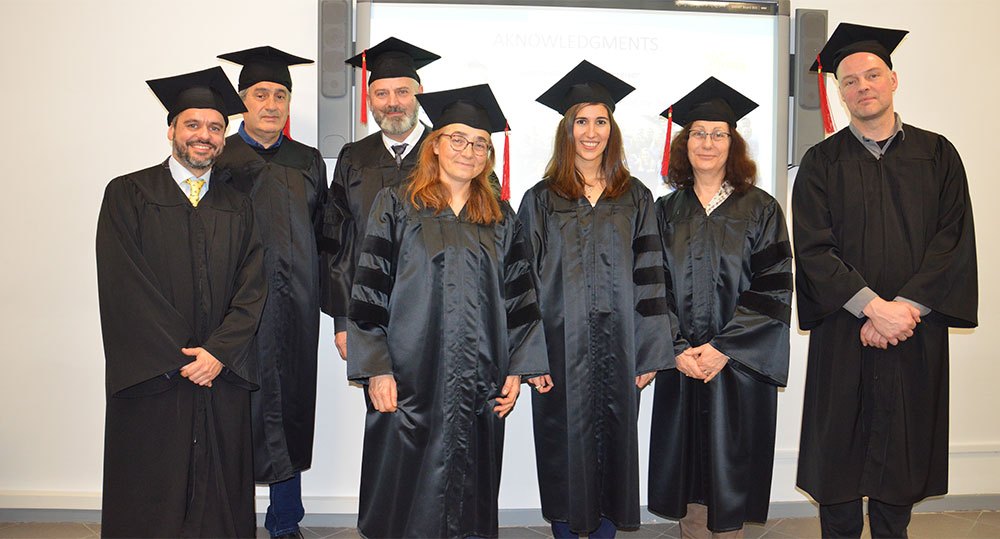 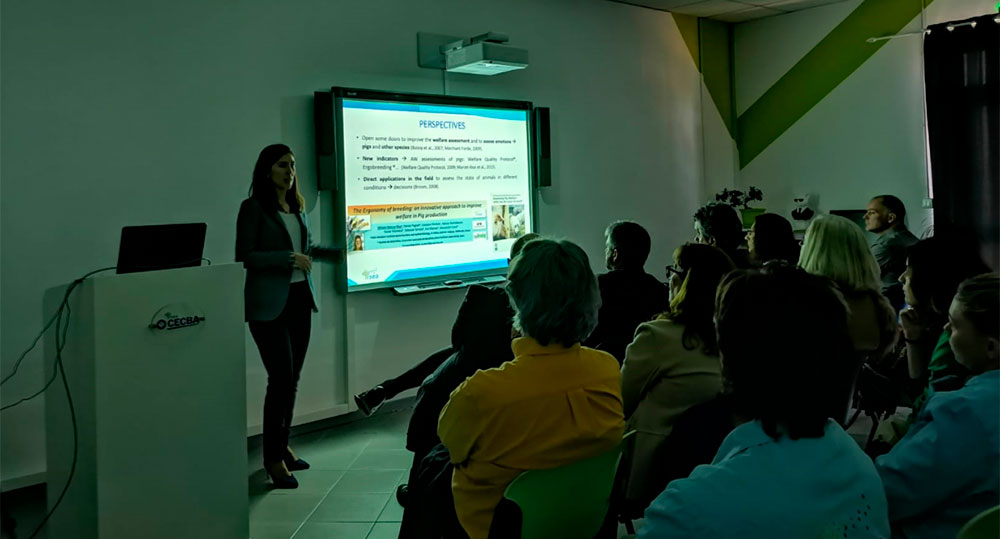 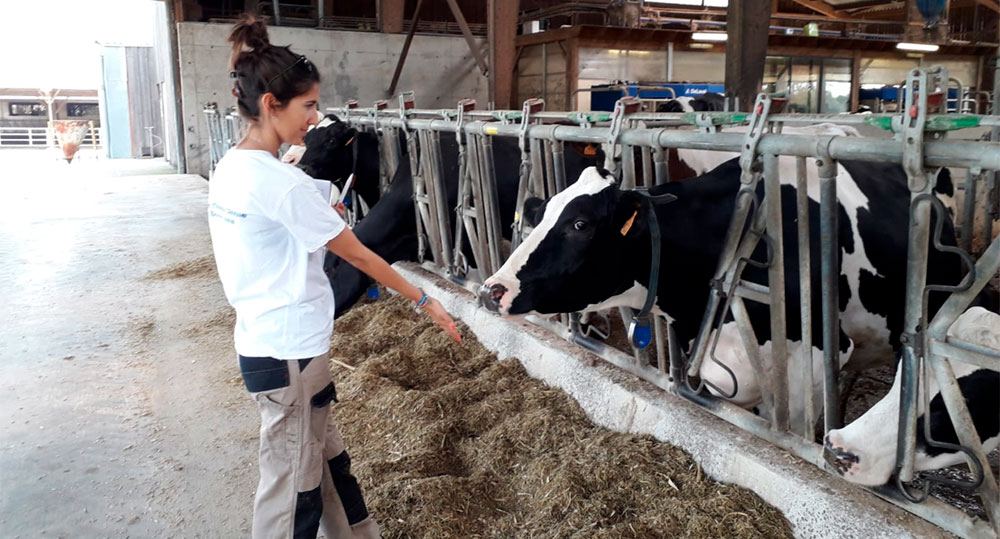 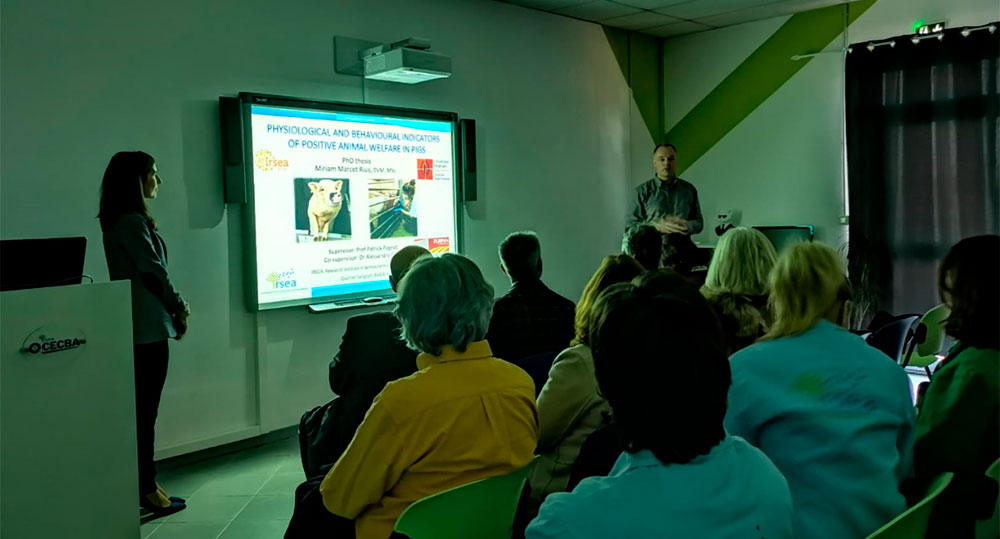 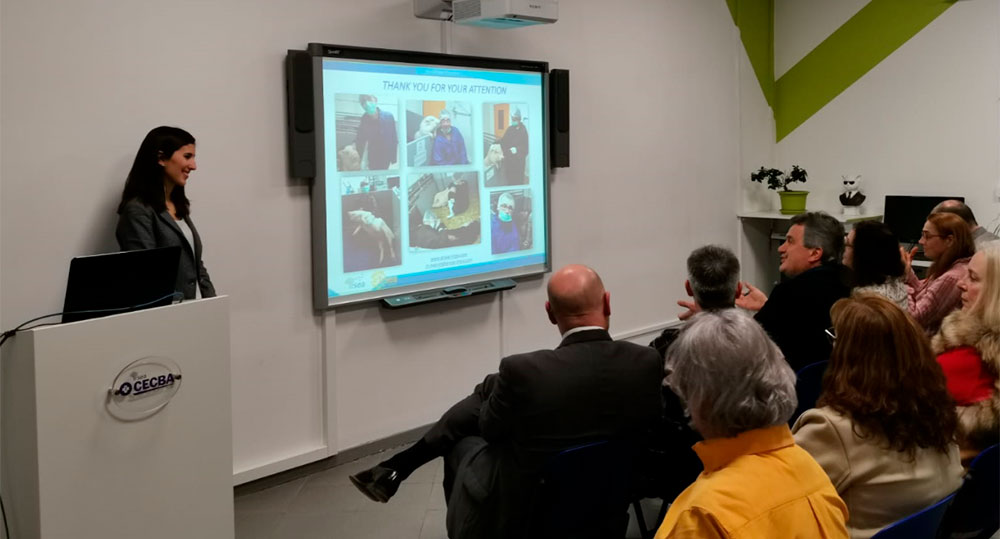 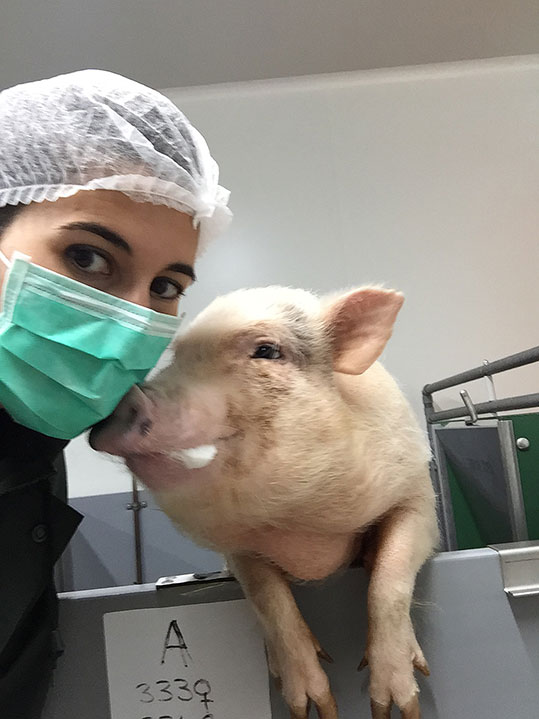