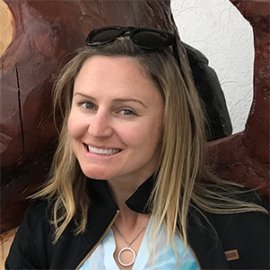 I learned about this International animal law program through the Humane Society of the United States. I have been interested in advancing my position with the Humane Society and doing more work for animal advocacy, so when I learned about this program I knew immediately that I wanted to enroll. I have always been engaged in anti-cruelty laws and issues surrounding unethical hunting; and I am privy to animal issues in agriculture, experimentation, and entertainment, but this animal law program introduced me to topics I previously didn’t know anything about. I now know about animal laws in countries all over the globe, the complicated world of international trade of animal products and live animals, International animal conservation issues like whaling, and the important distinctions between animal welfare legislation and animal rights.

The first document I read in the curriculum was the history of animal law starting with Babylonia. Humans have had some crazy ideas about animals throughout history, like in the Medieval period when animals were forced to wear clothing to answer for their crimes in a court of justice. The human relationship with animals through history is simply fascinating. There have always been humans who have respected non-human sentience and honored our moral obligation to animals, and there have always been those who view animals as merely tools for human use. What has changed over time is human dominion over wild animals and increasing numbers of domestic animals at our mercy as human populations have exploded. The need for animal protection has never been stronger. I am grateful for this program to educate leaders in animal advocacy. I know we will organize like-minded people to help the legal situation for animals worldwide.

I am a nurse, but I will be looking for another job in animal advocacy.

Why did you choose this Master?

I learned about the program through the Humane Society of the United States and it suits my interests.